A new update has been released for PodPledge today! This update expands on several features, and adds some new goodies as well. Here's what's new:

Multiple options are now available for calculating shipping fees for merchandise. These options are: 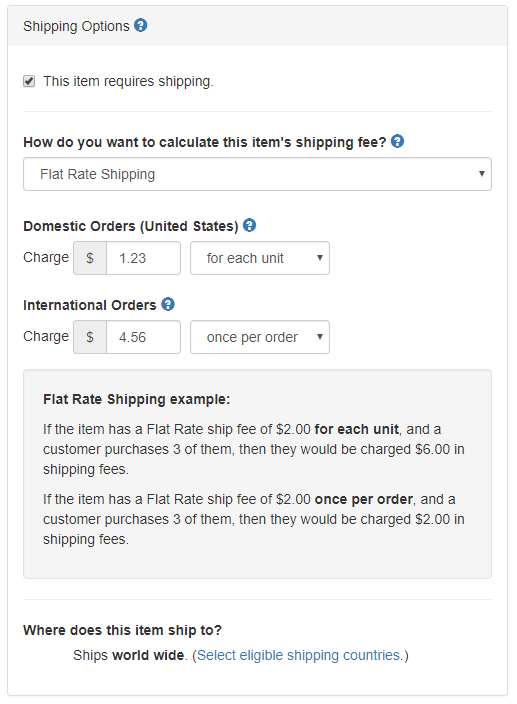 Added a "Display Order" field for merchandise. This provides sellers with total control over the order their merch items are displayed on their page. (Previously, merch was listed in alphabetical order.)

The icon at the top of each page that displays the number of messages in your mailbox will now show the number of unread messages, instead of the total number of all your messages.

Fixed an issue which only one message in a mailbox containing multiple messages could be replied to.

On the Project Performance page, the earnings graph is now a "stacked" line graph. Each bar on the graph has a section displaying the pledges, Tip Jar, and merchandise earnings for each day. (Previously, only the value of each day's pledges were displayed.)

The earnings and traffic charts on the Project Performance page can now be searched by date range. (Previously, it displayed all dates since the project's launch, which could result in a hard to read graph for longer projects.)

The "new password" and "confirm new password" fields in the customer account area's "My Profile" page will now disable autocomplete, which could have been causing an error message when some users attempted to save that page without manually completing both those fields.

The "Distributions Of Funds" page has been updated to better display merchandise sales and shipping fee values.

These updates are already in place on the website, and ready to use. There's more updates in development, so watch for more exciting new features and improvements in the days to come. In the meantime, we hope these updates help you to Stay Inspired!