New Feature!
Project "Milestones" are now available. Milestones are financial goals for your crowdfunding project. Project owners can now enter a list of Milestones, which will be displayed in their own tab on the project's page. As each Milestone is achieved, it will automatically be marked as "funded" in your project's Milestones tab!

Milestones are beneficial, because they show your supporters exactly what your project's goals are, and establish a target for how close each one is to being achieved. 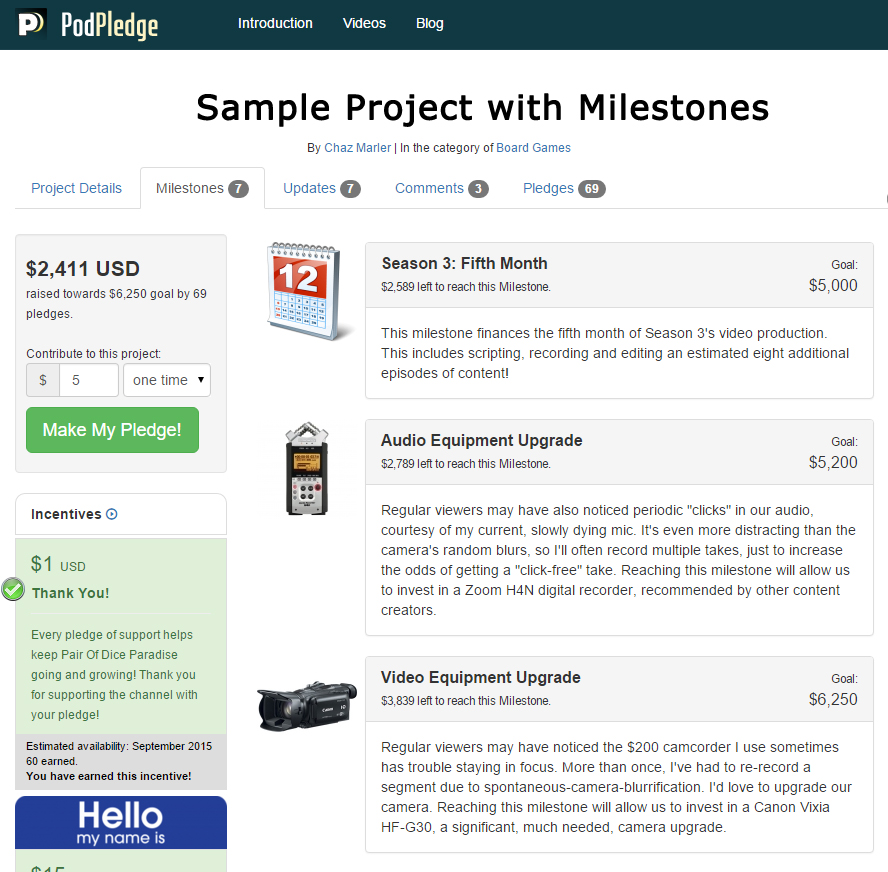