Several new additions have been added to the "Project Performance" report.The new features include:

Clicking on the monthly, quarterly, and annual pledge listings in the Pledge Types section of the page will now open a screen where you can view the supporters that are making recurring pledges to your project, how much they have donated to date, and when their next financial pledge is scheduled to be processed.

A new section titled Referrers has been added. This section shows where on the internet your supporters are coming from, and what percentage of your project's funding has come from each location. And, similar to the Pledge Types section, clicking on each item in the list of Referrers will open a screen that lists each of the specific URLs from that referrer that people have come from, which supporters came from there, and how much each of them have pledged to date.

These new features have been released, and are available for both new and existing projects! 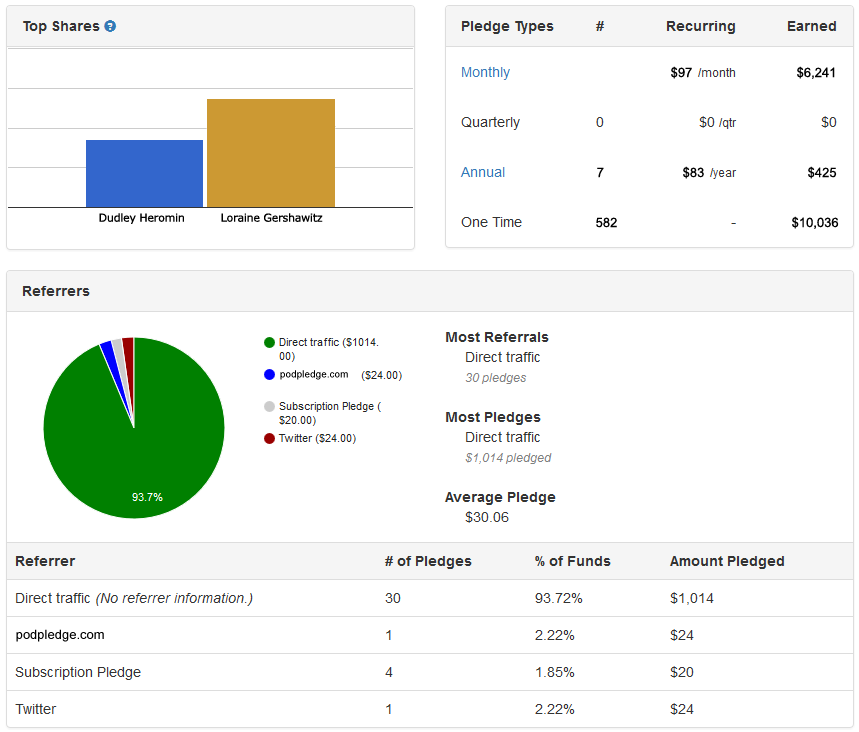