Today we're pleased to release a new feature designed for communication facilitation. We've added an option for supporters to post comments on the Updates posted by the project's owner. This provides another way for project owners to communicate with their backers, and for backers to provide feedback and ask questions about the projects they support.

Special thanks goes out to several PodPledge users who asked if this feature could be added. Feedback like this is always appreciated, and we're always excited to implement new tools like this that improve the user experience! 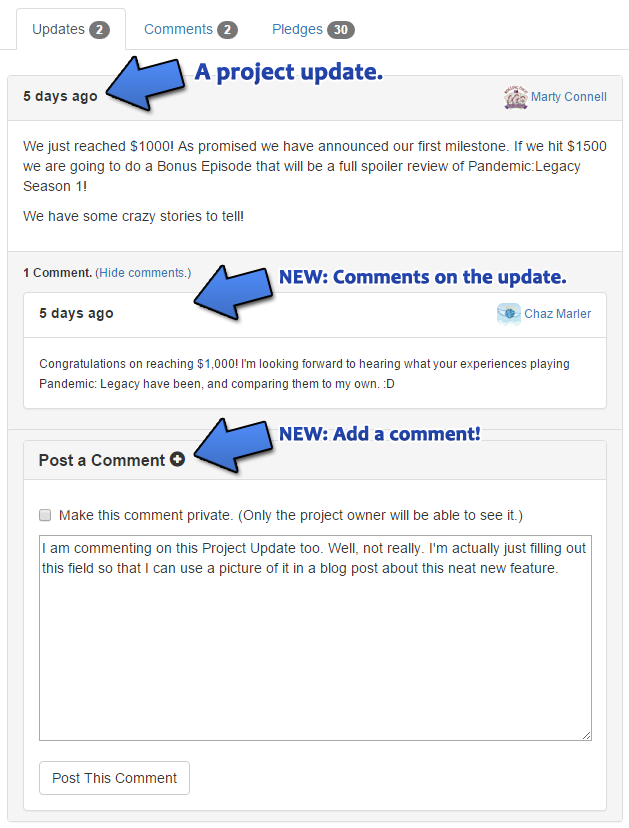