New options were launched today that give you more control over the project updates you send out to your supporters!

Now, when publishing a project update, you can chose to make the update hidden (so it is only sent by email, and not published on your project's webpage).

Also, when sending an update by email, you can now choose to send it just to supporters who have earned specific incentive rewards (instead of sending it to all your supporters).

All the other options for publishing project updates are still there too, of course: posting the updates on your project's page, linking to a video, including images, tracking email delivery statistics, etc.

These new options for how your project updates are published are just one of the ways that PodPledge is continually working to improve your crowdfunding projects, so you can stay inspired! 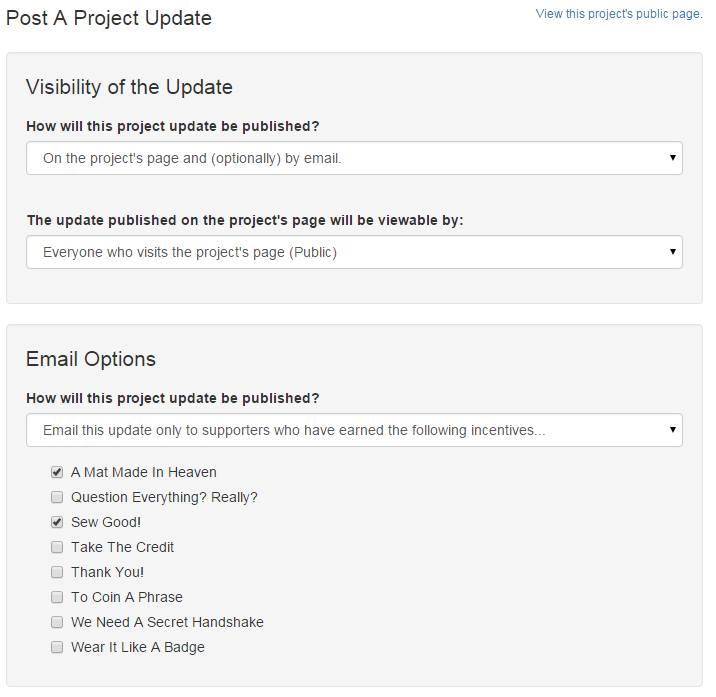