You spoke, we listened!
Today, we are happy to release a new feature that is the direct result of feedback that we've received from PodPledge users. Those who are supporting a project with an ongoing pledge (such as pledge of $5 a month) will now have the option on the project's page to make an additional, one-time pledge to it. This additional pledge will still count towards earning incentives, but will not modify the supporter's ongoing pledge in any way.

This new system is much more streamlined. Thanks to the users that provided the feedback that lead to this improvement. We appreciate it, and are always looking for ways to improve the experience of our users! 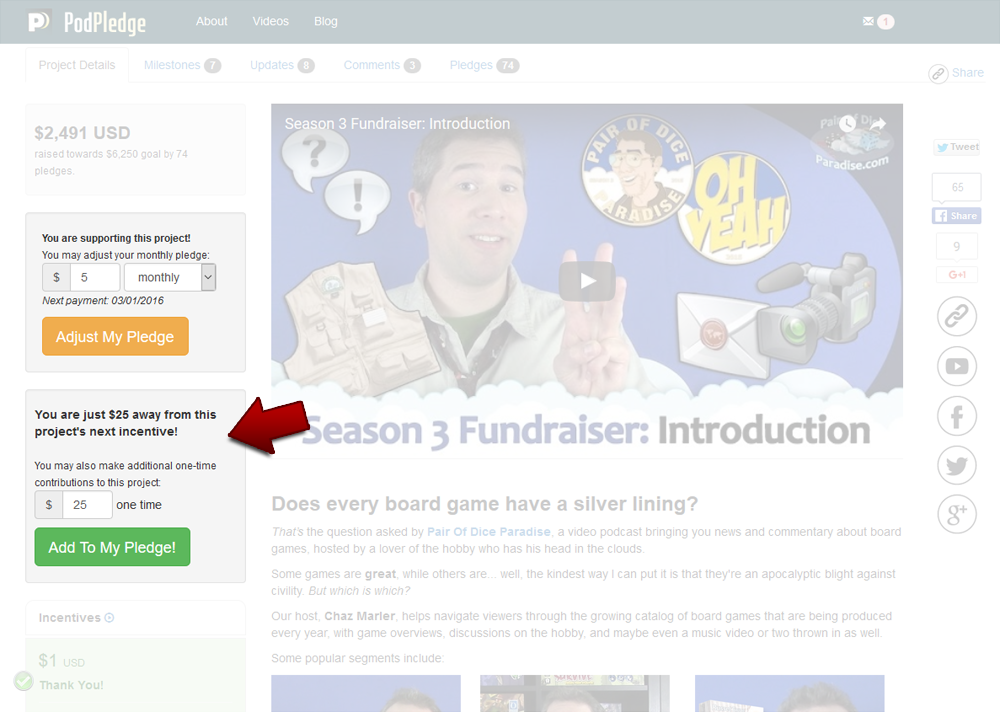